Leading the group of new publishers on Origin is Trion Worlds, creator of the massively multiplayer online role-playing game Rift. That game is available today through Origin and is the first title from Origin's 11 new partners to see release through the download hub.

EA did not specify which games from its new partners will find their way to Origin, but the publisher noted it will roll out games from these new companies "in the coming months." Origin currently boasts more than 6 million users and hosts in excess of 100 titles through its Web marketplace. 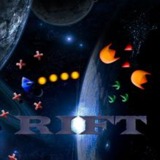