In 2007, Interplay Entertainment sold ZeniMax Media the Fallout game IP, which the latter's subsidiary Bethesda Softworks had licensed since 2004. The result of that deal was the critically lionized Fallout 3, which has sold nearly 2 million copies in the US and shipped 4.7 million units worldwide. The postnuclear role-playing game also took top honors at last week's Game Developers Choice Awards (video below), held in conjunction with the 2009 Game Developers Conference

As Fallout 3 hogged the headlines, Interplay used the cash it got from the IP sale to fund its massively multiplayer Fallout project, code-named Project V13. And for a time, it appeared the once nearly bankrupt publisher would develop the game internally. It restarted its internal development studio and even hired original Fallout developer Chris Taylor to work on the project, which has been in development since November 2007.

Now, though, it seems that Interplay has deemed Project V13 too big a title to handle on its own. This morning, the Irvine, California-based company announced it has "signed a binding letter of intent" with Masthead Studios "to fund the development of Project V13." Under the terms of the deal, Interplay will oversee a collaboration between its own dev team and Masthead's on the title, using the Bulgarian studio's toolset. Currently Masthead is working on Earthrise, another postapocalyptic MMOG also set after World War III, slated for release later this year.

If Project V13 is a success, it will prove a remarkable reversal of fortune for Interplay. A leading publisher during the 1990s, it fell on hard times during the current decade, with its parent company, Titus Interactive, declaring bankruptcy in 2005. In 2004, the publisher suffered a series of misfortunes and was temporarily shut down by state labor officials, threatened with eviction, and had its Web site go offline. The previous year, it closed down its award-winning Black Isle Studios, the refugees from which went on to form Alpha Protocol developer Obsidian Entertainment. 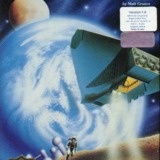