Earthbound Sequel Mother 3 Confirmed for Wii U...But Only in Japan

So you're saying there's a chance?

During today's Nintendo Direct stream, the developer revealed that Mother 3 is coming to the Wii U Virtual Console in December. However, they didn't show that on the Direct presentation you were probably watching, this announcement happened during the simultaneous Japanese version. The news was then reiterated on the Nintendo's Japanese Twitter account.

Because Nintendo loves to bathe in the tears of US Earthbound fans, no mention of the game was made on the US stream, however, the Lucas Amiibo is slated to come out in January.

Mother 3, a follow-up to Earthbound, is a cult classic Japanese RPG that was never released outside of Japan. Both because of the enduring popularity of Earthbound and through a terrific fan translation of Mother 3 from the team at Fobby.net, the franchise's fanbase has continued to grow well after the initial release.

At E3 this year, Nintendo released Earthbound Beginnings on Virtual Console, originally titled Mother-- and also a game previously unreleased outside Japan. So, you shouldn't rule out a version of Mother 3 coming to the US, but it looks like it won't be happening this year.

You can read all of the news and announcements from today's Nintendo Direct right here. 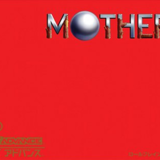