Earth: Year 2066 starts out on a road to nowhere. It's a familiar scene that promises adventures amid familiar postapocalyptic cliches, and it's easy to spy echoes of Fallout: New Vegas amid the rusted abandoned cars littering the crumbling asphalt. Alas, no such open-world adventures lie in store ahead. Indeed, it's the road behind you that's most symbolic here, as it ceases to exist just over your back against an invisible wall that forbids exploration of the untextured desert beyond. Like so much of Earth: Year 2066 in its current state, it's a dead end.

The problems start as early as the title screen. The title itself crashes down against a bland pixelated field, looking for all the world like it first saw life in 3D text renders in an early version of Microsoft Word. Then it does nothing. No music plays and no prompts to press a key pop up, and thus I spent my first 30 or so seconds with Earth: Year 2066 wondering if it was still loading or had simply locked up. But no, pressing the spacebar was my open sesame, and it dumped me into a screen that promised day and night solo play as well as a multiplayer component.

That all works in theory, but most any given game offers a significantly better experience compared to what you get for your 20 bucks here. The world itself resembles a game designer's midterm exam, with oddly detailed rusted water towers and a vaguely Mad Maxian village with chain-link perimeters sharing a landscape with grass that looks like magnified stubble on Nathan Drake's chin. It's only by looking down at your shadow that you deduce that you're a robot of some sort, and one that looks vaguely like the sentient machine from the Short Circuit movies in the 1980s. Johnny Five may be alive, but here it's a curse, not a blessing.

Things fall apart all too quickly. You can jump around and knock over cars, but it's initially not even clear if the keybinds you select for the three available weapon slots work at all. Such a pity, especially since robots dressed as clowns waste no time in firing at you, although they pelt you with enough bullets before you die that you might be led to think they're harmless. Floating creatures resembling the sentinels from The Matrix also fly about and dive-bomb you, all the while moaning as though suffering from chronic indigestion. Sometimes they just sit in trees, seemingly oblivious.

On occasion, you get lucky and one of the three guns triggers to fire back, but the enemies have so much health that it's about as fun as flinging rice at a brick wall (and generally looks like it, too). The frame rate always locks up for a second when the robotic enemies start attacking you, and strategy never grows deeper than shooting, strafing, and jumping. Revving sounds grow ever louder as your robot wanders the landscape, but I've never quite worked out if the sounds are coming from me or the surrounding enemies. In truth, I usually had more fun with the (seeming) bugs than the actual gameplay, with enemies sometimes shooting you far into the sky as though a giant just slugged you in Skyrim. Sometimes they even send you careening off the map.

The unexpected flights off the world were hilarious at first, but then the shock settled in as I realized I could see the full extent of what I paid for. That road, that abandoned village (complete with a fuel tank that I can run straight through), a clump of hills, and a radar tower make up the entirety of Earth: Year 2066 in its current state, and it's all set on a little beige square adrift in a sea of fluffy clouds. Perhaps there's a message in there about the futility of human endeavor or even a cynical view of how the world will fare under the increasing pressures of overpopulation and the threat of wars. More likely, however, it's just that the build released to Steam is a barely functional disaster without any signs of potential. You can experience the entirety of the game in 10 minutes tops.

Earth: Year 2066's severe incompletion points to one of the major flaws of early access play; it's in such a rough state that it makes DayZ look like a refined classic by comparison. This is access so early that it's barely off the drawing board, and it's worth wondering if developer Muxwell wouldn't have been better served by outlining its full scope for the project on Kickstarter and generating more funds that way. Perhaps in time Earth: Year 2066 will morph into something that will surprise us all, and we'll find a quirky indie story sharing the same screen space with those robots and dilapidated buildings. For now, however, it takes you down roads that you're better off not taking. 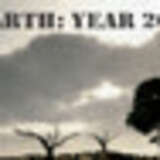