Valkyria Chronicles comes to Steam on November 11 for $18.

In addition to the original game, the PC version is also bundled with all of its DLC. It includes the Hard EX Mode, which offers harder versions of skirmish and main game missions, Challenge of the Edy Detachment, which offers six challenge missions, and two side story campaigns: Edy's Mission "Enter the Edy Detachment," and Selvaria's Mission "Behind Her Blue Flame."

Valkyria Chronicles, in case you haven't played it, is set in a world loosely inspired by 1930s Europe, and puts you in command of the Federation's 7th Platoon, a small force trying to repel an invasion as part of a larger war.

Back in 2008, when Valkyria Chronicles was first released, GameSpot gave the game an 8.5/10 for its exceptionally beautiful visual design and unique combination of turn-based strategy and third-person movement. You can read GameSpot's full review here.

Valkyria Chronicles will cost $18, and will release via digital retailers like Steam. 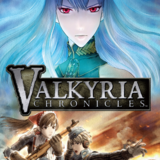