Electronic Arts signs a distribution agreement with Koei for its upcoming action game.

Electronic Arts has signed an agreement with Koei to handle North American distribution of Koei's upcoming Samurai Warriors. Set in feudal Japan, the game will let players assume the role of several different legendary warriors, including the ninja Hanzo Hattori and the samurai Sanada Yukimura. Players will have a number of traditional Japanese weapons at their disposal in this hack-and-slash game, including katana swords and shuriken (throwing stars). The game's array of historic battlefields will include Okehazama, Kawanakajima, and the walls of Osaka Castle.

Samurai Warriors is scheduled to be released this May for the PlayStation 2. For more information on this upcoming beat-'em-up, fight your way over to our previous coverage. 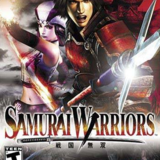