A countdown timer has appeared on the Need for Speed official website, ending on Monday, October 5 at 8 AM PT / 11 AM ET. It doesn't give much indication of what the announcement could be, but that hasn't stopped the franchise's official Twitter account from sharing images of cars racing alongside police cruisers, along with cryptic messages.

Big Joe has to be messing with me. Not sure how he found out. So much effort just to tease me, and I only wanted some pizza. pic.twitter.com/DW2lLYIAUE

They're really onto me. How much time did it take them to get chased by 10 cops on Heat 5? This has to be on purpose. pic.twitter.com/3SmctKgr85

The cover image on the Twitter account has also been changed to show #Beat510. 510 is the police code for speeding or racing vehicles. Need for Speed: Hot Pursuit Remastered had been listed briefly on Amazon UK and was rated in South Korea, making it fairly likely that is what is being announced in a few days.

It appears box art for the games has also leaked, showing it will be coming to at least PS4 and Nintendo Switch. Stellar Entertainment, which worked on Burnout Paradise Remastered, is also listed on the cover.

The franchise has struggled in recent years, with the 2015 game simply titled Need for Speed failing to impress and the follow-up Need for Speed Payback not making much impact, either. Last year's Need for Speed Heat included a heavy focus on police chases, as well, and it seems like the franchise is finally getting back on track. Well, not a literal track. It's about street racing, after all.

Criterion Games, which previously developed the excellent 2012 game Need for Speed: Most Wanted, has taken over the series' development. The studio was also responsible for Burnout Paradise, which itself received a remaster in 2018 on PS4, Xbox One, and PC, and in 2020 for Nintendo Switch. Having developed some of EA's best racing games, it's a very promising move. We'll have to wait for a full sequel from Criterion before learning if it paid off. 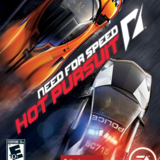