According to EA, the games are losing online functionality on June 30, a full month after the GameSpy shutdown. Crytek, for example, already confirmed that both Crysis and Crysis 2 will go offline May 31.

“Since GameSpy’s announcement, our teams have been working to evaluate options to keep services up and running,” EA said on its website. “Unfortunately, due to technical challenges and concerns about the player experience, we do not have a solution at this time. Online services for EA games on the GameSpy platform will be closed down at the end of June.

“We know some of these games are still fan favorites, including Battlefield 2, Battlefield 1942, Medal of Honor: Allied Assault and Command & Conquer games. We are still investigating community-supported options to preserve online functionality for these titles, such as multiplayer. Significant technical hurdles remain, and at this time we don’t have anything to announce.”

EA’s official Origin Twitter account also previously said that it was working on transitioning Battlefield 2, Battlefield 2142, and Battlefield Bad Company 2 to a different solution, but that there were still hurdles ahead. Bad Company 2 is not on the list of games losing online services.

Other companies affected by the May 31 GameSpy shutdown, like 2K and Rockstar, have said which games they’re transitioning to a different solution and which will go offline. Some games, like Halo: Combat Evolved for the PC, Star Wars: Battlefront II, and Battlefield 1942 will live on thanks to GameRanger, which allows gamers to host their own servers for a wide range of computer games, including some being affected by the GameSpy shutdown. 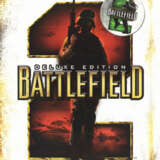 There are 364 comments about this story
Load Comments (364)