Publisher alleges social giant's game is an "unmistakable copy" of its own Sims-branded free-to-play spin-off.

Zynga has been accused of copying other companies' games before, but never by an outfit this big. Electronic Arts today announced that it has filed suit against Zynga, alleging that the latter company's The Ville is so close to EA's own Sims Social that it represents an act of copyright infringement.

EA Maxis general manager Lucy Bradshaw explained the suit in a statement, saying, "When The Ville was introduced in June 2012, the infringement of The Sims Social was unmistakable to those of us at Maxis as well as to players and the industry at large. The similarities go well beyond any superficial resemblance. Zynga’s design choices, animations, visual arrangements and character motions and actions have been directly lifted from The Sims Social. The copying was so comprehensive that the two games are, to an uninitiated observer, largely indistinguishable."

Bradshaw went on to say that the case is a matter of principle, and that EA was obligated to bring the suit because unlike many other operations that have alleged theft at Zynga's hands, her company "has the financial and corporate resources to stand up and do something about it." The full text of the complaint was posted online by Kotaku.

"By calling Zynga out on this illegal practice, we hope to have a secondary effect of protecting the rights of other creative studios who don’t have the resources to protect themselves," Bradshaw said.

A statement provided to GameSpot sister site Giant Bomb from Zynga general counsel Reggie Davis said The Ville is based innovations from Zynga's Ville franchise. "It’s unfortunate that EA thought that this was an appropriate response to our game, and clearly demonstrates a lack of understanding of basic copyright principles," Davis said. "It’s also ironic that EA brings this suit shortly after launching SimCity Social which bears an uncanny resemblance to Zynga’s CityVille game." 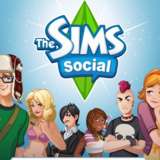