"I still struggle with the external perception that we're just a bunch of bad guys."

One of publisher Electronic Arts' bosses has spoken up to talk about how, after 25 years with the company, he continues to struggle with how EA is often perceived as "a bunch of bad guys."

A publicly traded company with thousands of employees around the world, EA is among the world's largest, oldest, and most established gaming publishers. EA's EVP of strategic growth, Matt Bilbey, explained to GI.biz that when EA makes mistakes, these issues are blown out due in part to the company's size and scale.

Now Playing: The Biggest Games We Wished Were At E3 2019

"25 years at EA and I still struggle with the external perception that we're just a bunch of bad guys," Bilbey said. "We love making and playing games. Unfortunately, when we make mistakes on games, the world knows about it because it's of a size and scale."

Indeed. When EA's Star Wars: Battlefront II ignited a controversy in 2017 over its implementation loot boxes and microtransactions--which were removed before the game's public release--the discussion kicked off a global examination of loot boxes in video games that continues today. The title might have been embroiled in controversy, but it shipped a gargantuan 9 million-plus copies in its first months alone, making it one of the most successful Star Wars games in history.

It's a similar story to EA's Battlefield 4, which had a rough launch but was also hugely successful from a commercial perspective.

Also in the interview, Bilbey spoke about how EA, as the company grows larger and larger, faces the perception that it becomes "disconnected" from new, original ideas. That's where the EA Originals program comes in. The label is behind titles like A Way Out, Fe, and Sea of Solitude, along with more games coming up in the future.

"EA Originals is our opportunity to connect with that talent and those smaller ideas. When you are part of a big company, it's too easy to fall into the trap where when you see a game concept... it has to be big," he said. "The notion of actually coming up with small, unique game ideas... We know from the work that we've been doing on our subscription business that gamers will play a FIFA or a Fortnite--they have one main franchise--but then they want breaks from those games to play something that's maybe five or ten hours long."

At E3 this y ear, EA announced the latest partners for the EA Original label, including Hazelight, Glowmade, and Zoink. 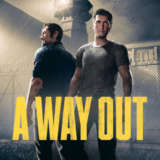 View Comments (296)
A Way Out
Fe
Sea of Solitude

There are 296 comments about this story
Load Comments (296)