Publisher's global head of marketing says a pair of new IP sports titles are being wound up alongside recently announced arcade-style boxer FaceBreaker.

One of the criticisms constantly levied against publishing powerhouse EA is the company's perceived emphasis of turning a profit through sequalization and annualiziation over innovation and risk. In laying out the publisher's $6 billion revenue goal for 2011, EA CEO John Riccitiello lended further support to this perception, noting that the company will reach its goal by keeping its eggs in established baskets, including Need for Speed, The Sims, Burnout, and Madden NFL.

It now appears the publisher has a few more original sports titles in its queue. Speaking with New Zealand gaming blog Geekpulp over the weekend, EA vice president of global marketing Todd Sitrin said the publisher has a pair of original projects in the pipe to complement FaceBreaker.

"We actually have three new original IPs in development; the only one that's been announced is FaceBreaker. We haven't done an original IP at EA [Sports] for several years, not since back to Freekstyle Motorcycle," said Sitrin. Since making its first run in 2002, Freekstyle has sold more than 520,000 units on the PlayStation 2, GameCube, and Game Boy Advance in the US alone, according to the NPD Group. 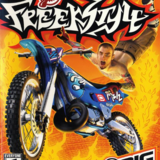