EA Sports PGA Tour Will Have Amateur Events Too

The upcoming PGA Tour title will let players progress through amateur events on their journey to the Majors.

EA Sports PGA Tour's Career Mode is starting to look pretty ambitious, with the inclusion of all four golfing Majors, as well as a host of amateur events. A new update on the game has confirmed that amateur events including the U.S. Amateur Championship will make a showing in the game, while The Country Club course in Brookline will be playable for its first ever appearance in a video game.

While PGA Tour boasts being the only game to feature all four Majors, the amateur events are just as important to its Career Mode. "Winning the 2015 U.S. Amateur Championship was a highlight of my early career that helped propel my game forward, ultimately winning the 2020 U.S. Open Championship," said pro golfer Bryson DeChambeau. "I'm a big video game fan, and EA SPORTS bringing not only the U.S Open but also amateur golf events, is very exciting, especially given how important they are to golfers growing their career."

Play the U.S. Open Championship on courses like Torrey Pines and The Country Club in Brookline, Massachusetts ⛳️ 🏆

Despite the range of tournaments available to play, it's clear PGA Tour is still centered around the U.S. Open, which an EA press release describes as "the toughest major in golf." The game will include the Torrey Pines course, which is hosting this year's U.S. Open, as well as next year's host, The Country Club. The newly added course will be rendered in the game with the help of new aerial scanning technology.

EA Sports PGA Tour is due out in Spring 2022, with EA promising more information on the game to be released in line with this summer's biggest golfing events. 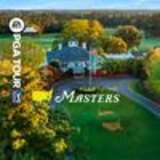