Source: Muscle-obsessed monthly Men's Fitness, of all places. What we heard: Last week, gamers perusing newsstands were flummoxed to find the Take-Two Interactive chairman Strauss Zelnick plastered on the cover of Men's Fitness. Typically the domain of ultimate fighters, professional...

What we heard: Last week, gamers perusing newsstands were flummoxed to find the Take-Two Interactive chairman Strauss Zelnick plastered on the cover of Men's Fitness. Typically the domain of ultimate fighters, professional athletes, and the occasional buffed-out rapper, the magazine decided to highlight Zelnick's cyclist and fitness enthusiasm as a way to segue into an article on games. Ironically, though, the executive isn't even mentioned in the piece, titled "Virtual Fitness: Tomorrow's Reality." 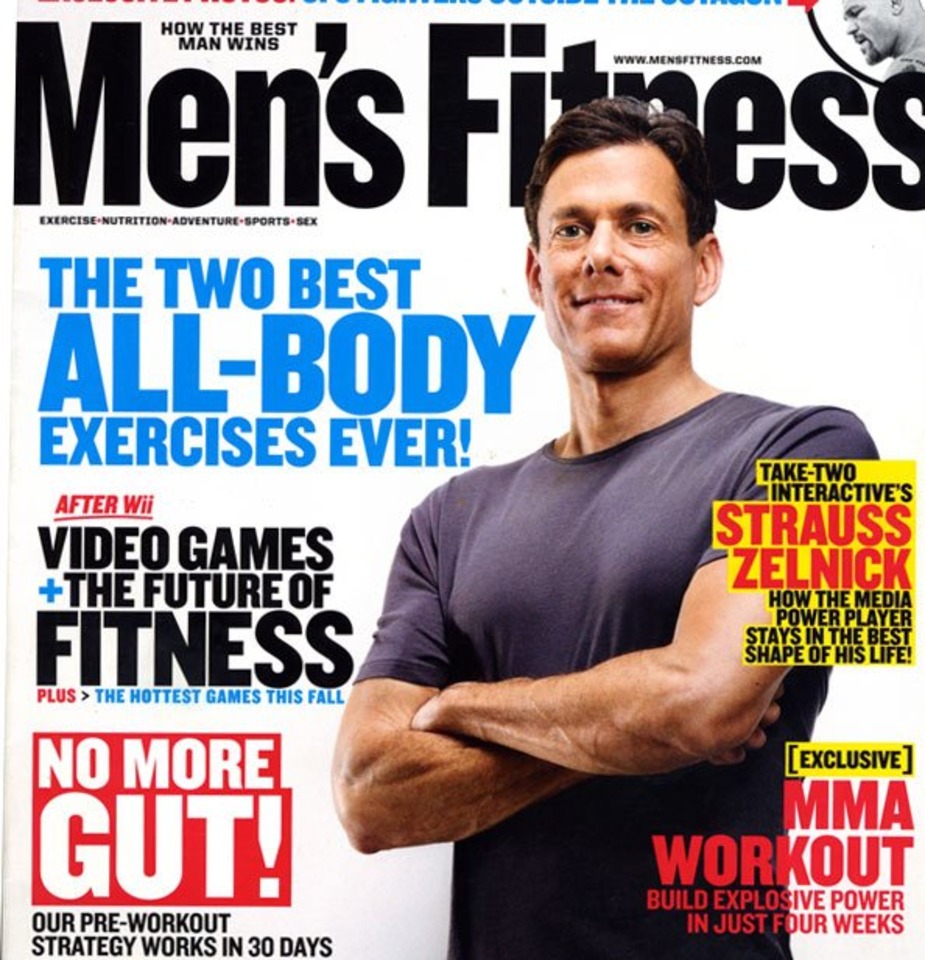 Instead, Men's Fitness correspondent David Kushner examines how two publishers are blending exercise and gameplay. The first, Nintendo, is fairly obvious, thanks to the triple-platinum sensation that is Wii Fit. Second up is Electronic Arts, which has been emphasizing the Wii with its family-friendly--and fairly controversial--line of All-Play sports games.

That said, the All-Play series' intent is to level the playing field between casual and hardcore gamers, not burn calories. That's where EA Sports executive producer Dave McCarthy comes in. Four months after first revealing that EA was pondering affordable, bundled peripherals for its sports games, the industry veteran elaborated on his employer's plans.

"We [at EA] think we can take a more Western approach to fitness, something a little more active that gets you moving," he said. McCarthy then described how EA is planning a new peripheral for an unnamed fitness game which will fasten Wii Remotes to players' bodies. Besides position, the add-on will help the Wii Remote "measure intensity, how strong your thrusts are, [and] how high you jump."

Currently, the Wii Fit board does not let players jump into the air but does let players squat and stand up quickly for its ski jump event. And while Wii Fit does let players hold the Wii Remote or stick it in their pockets to run in place, EA's peripheral will apparently be suited to a wider range of exercises. Players will use the device to "strap the remotes to their arms or legs to facilitate more athletic movements, from running to jumping jacks." As a consequence, the remotes will measure a "more authentic, full range of motions."

The official story: EA Sports reps had not returned requests for comment as of press time.

Bogus or not bogus?: Not bogus. According to many critics, Wii Fit is an ambitious but flawed attempt to get gamers off their posteriors. Given its gangbusters sales, EA likely figures it has nothing to lose--and millions to gain--by working up its own workout game.