The creator of the arcade-y baseball series is joining EA.

EA announced today that it has acquired Metalhead Software, the studio behind the Super Mega Baseball series. Metalhead will be part of the EA Sports label alongside mainstays EA Tiburon and EA Vancouver, the developers of the majority of EA's sports franchises.

With three games released so far, the Super Mega Baseball series has established itself as a strong complement to--if not competitor with--the simulation series MLB The Show. Although Super Mega Baseball doesn't have the MLB license, it's found an audience with its arcade-y, over-the-top take on the sport.

It's more in the tradition of Backyard Baseball than MLB simulation games, and it appears that it'll stay that way for the near future. In a statement to Polygon, EA Sports Vice President Cam Weber said that even though fans might expect an MLB license for the Super Mega Baseball series, "My belief is that Super Mega Baseball is well differentiated from MLB The Show, and I think it has its own spot in the marketplace."

As for Metalhead itself, in a post on the Super Mega Baseball subreddit, it explained its reasoning for joining EA. "We're proud of our games and passionate about our community," the developer wrote. "We want to tackle bigger projects and expand the reach of our games. EA is the perfect partner to help us achieve that goal! Most importantly, EA is a big fan of our games and shares our vision for future projects."

Terms of the acquisition have yet to be disclosed by EA. This move marks a return to baseball for EA Sports, which hasn't published a baseball game since MVP Baseball 2007. Considering the continuing dominance of MLB The Show, it's likely that EA and Metalhead will focus on the cartoonish style of games for the time being.

The last game in the series, Super Mega Baseball 3, launched in May 2020. It's available across PS4, Xbox One, PC, and Switch, and playable on PS5 and Xbox Series X|S. 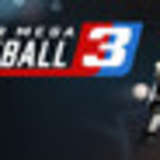