Who was there: EA Sports president and MI6 founding chairman Peter Moore gave an afternoon keynote address about the changing marketing landscape in games.

What they talked about: Moore opened his address saying that he had come to MI6 to share his vision--and EA's--for the future of the game industry, something he refers to as Gaming 3.0. When he started putting the presentation together, Moore said he kept coming back to Bob Dylan's classic song, "The Times They Are A-Changin'." The core premise of that song, according to Moore, was to lead, follow, or get out of the way. And just like Dylan said "you'd better start swimming or you'll sink like a stone," participants in the gaming industry have to keep up with a time of unprecedented disruptive change if they want to be around for the future.

The industry is clearly growing, Moore said, but the true growth in the industry is coming in the digital space. That means free-to-play and microtransaction-driven games, downloadable content, subscription fees, mobile games, and advertising opportunities. In 2010, EA estimates the digital gaming market was $19.9 billion, 45 percent of the $44.2 billion total industry.

When Moore broke into the game industry in the late 1990s, it was a simpler time, he said. There were set platforms and similar games on all of them. Even in 2005 and 2006 with the launch of the current consoles, things were relatively simple, with most everything determined by the packaged goods business. Since then, Moore said the industry has exploded with platforms like Facebook and browser-based games, the Kinect, the Move, the iPhone and iPad, Kindle, and so on.

Despite some nay-saying and core NPD numbers, Moore said the industry is growing at a 5 to 10 percent annual rate. Much of that is untrackable though, as they are direct-to-consumer sales that companies aren't eager to share. The audience has also expanded, Moore said, with the new platforms (mobile, social, Web) pushing the audience of gamers from 250 million to 1.2 billion.

Moore likened the current industry landscape to that of the music industry of a decade or more ago. Companies happy with the store-bought CD model didn't want to react to what consumers were doing, so consumers "took matters into their own hands," Moore said.

Those kinds of revolutions come in steps, Moore said. First, consumer behaviors change. Following on that, consumer demands change. Finally, the companies either adopt new business models that favor consumers or they lose out. He pointed to Blockbuster Video, saying DishTV bought the once-mighty rental chain "for about as much as we all have in our pockets." Blockbuster refused to listen to what the consumers wanted, he said, because they were married to the concept of building expensive retail locations stocked with new releases that were perennially out of stock and laden with late fees. Newspapers and music retailers have similarly endured their own industry-wide downfalls due to an inability to keep up with evolving consumer demand away from physical media.

Moore said that the consumer will eventually destroy every single business model companies can embrace unless they change to keep up with the times. If you hang onto a business model too long, Moore said, you become irrelevant and disappear. But that's not going to happen in games because companies are looking at their models and evolving to stay ahead of consumer demand.

He pointed to Netflix as a particularly successful company that has been evolving "in Internet time." Moore said when he worked at Sega, the founder of Netflix approached him because he'd intended to do it with games as well. Moore remembered asking him about the name Netflix, given that the discs would be sent through the mail instead of the Internet. The reason was that even then they were thinking of a day when they wouldn't distribute their films through the mail because online was the future. Moore said that sort of forward-thinking at the company has served it well in its 12 years, as 60 percent of the digital movie market in the US today is accounted for by Netflix.

Moore also pointed to the online deal site Groupon, which started in 2008 with a single offer for $10 off a pizza in Chicago. Today the service is up in 300 cities, with 50 million subscribers worldwide, and has major partners and targeted offers for individuals through mobile phone apps. The brilliance of Groupon for Moore is that it took an analog thing people were familiar with and digitized it.

Finally, Moore looked to Amazon.com, but not for the Kindle's digitization of books so much as its persistence. Moore called out the Whispersync function, which lets him stop reading a book on the Kindle and then move to the PC and open it up to the same page instantly. It's not often talked about, Moore said, but the secret sauce of the Kindle is the Whispersync function that gives a sense of persistence to the experience.

When Moore talks about change in the industry, he admits most people get nervous. The proliferation of cheap iPad and iPhone games and free-to-play games presents a threat to the core packaged goods business, and people are concerned about how it will shake out. EA is one of the largest players in the core packaged goods business, bringing in $3.75 billion a year with those products. However, the company is aiming to lead in digital gaming as well, Moore said. The three-year goal for EA is to be tops in mobile and tablet games, tops in casual Web games, and second in social games.

In the last six months, Moore said EA has started rethinking what it is and how it's evolving. The resulting vision, Moore said, is "We unite the world through play." The publisher wants to have a play experience for everyone, no matter what platform they choose. To do that, the company's goal is to "build the world's best digital playground, with fun for everyone, anytime, anywhere." Moore said the company believes it has 230 million people on file willing to deal directly with the company.

Moore said every game was offline when he first got into the industry. But when he saw NBA 2K being played online over a dial-up modem, Moore was convinced that gamers need to be socially connected. People think of "socially engaging" as a key phrase for Facebook games, but Moore said it should be for every game. From green light to finished product, Moore said the focus needs to be on enhancing the social element of games.

Moore pointed to the FIFA franchise as an example of a successful social ecosystem. Regardless of whether someone wants to play for free on Facebook or play 11-on-11 online with 21 other people on Xbox Live, Moore said there's a soccer game for them somewhere along that spectrum. He pointed to FIFA Online as benefitting from the digitization of the industry particularly well, noting that there have been the equivalent of 895 English Premiere League seasons per day, with a total of 800 million game sessions played. With 2.5 million players and more than 850 million items sold as downloadable add-ons, Moore said the monetization takes care of itself. FIFA Ultimate Team 11 alone has brought in more than $50 million for EA Sports, he said.

However, taking advantage of those opportunities means embracing new platforms to drive growth, Moore said. As recently as two years ago, the EA Sports executive would have considered his turf as a handful of distinct brands unrelated to one another. However, now Moore said it's important to take away the lines between its games so that players have one unified profile, experience points, and so on across all EA Sports games. Moore then showed a concept trailer for "a complete social experience" that would track players' progress and statistics for all EA Sports titles, from year-to-year, platform-to-platform, and title-to-title.

This brought Moore back to the mistakes of other companies. The digital transition is here, and it is a good thing. The music industry saw digitization as a negative thing, where interactive entertainment instead sees it as a positive. Games want to interact with consumers and give them say in how they will enjoy their entertainment, something music never did, according to Moore. Finally, innovation is a necessary constant. Moore pointed to the current voting campaign for the Madden NFL 12 cover athlete as one innovation putting control in the hands of the consumer, and said the same strategy will be used for NCAA Football.

Takeaway: Moore borrowed his takeaway from Dylan, aiming a verse from "The Times They Are A-Changin'" at those in the industry who don't share his enthusiasm for the future.

"Come mothers and fathers throughout the land / And don't criticize what you can't understand / Your sons and daughters are beyond your command / Your old road is rapidly agin' / Please get out of the new one if you can't lend your hand / For the times, they are a-changin'." 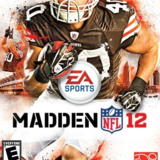