Tired of the latest iteration of Lee Carvallo's Putting Challenge? Worried that your state will pass a law forbidding minors from purchasing games like Bonestorm? Love Billy Graham's Bible Blasters but frustrated by the regrettable omission of the Book of Ruth? Then EA just might have the games for you.

Electronic Arts today will announce that it has secured the rights to make games based on Fox Television's long-running animated show The Simpsons.

Though exact terms of the agreement weren't specified, EA did say that it is a multigame, long-term, and exclusive deal. The games will arrive on next-generation systems.

Expectations for the games are no doubt high, as Vivendi Universal Games and Radical Entertainment showed that a commercially and critically successful game could be made out of the license with 2003's The Simpsons Hit & Run. That game has sold more than 4 million copies across multiple platforms.

EA says it will work closely with Fox's licensing and marketing department, as well as the production company and writers of the show. EA staffers told GameSpot that the show's cast will provide the voice acting in its upcoming games, just as they did in The Simpsons Hit & Run and The Simpsons Road Rage.

This won't be the first time EA has gotten hold of the Simpsons license, as it published Fox Interactive's Road Rage in 2001 and The Code Monkeys-developed Simpsons Skateboarding in 2002. However, this is the first time EA will be developing a game based on the license. The game will be made by an internal team at EA's Redwood Shores Studio, the same studio responsible for a variety of new and upcoming games, including From Russia With Love, Tiger Woods PGA Tour 06, The Lord of The Rings: Tactics, and The Godfather.

"This is something EA's been interested in for years, and now game development and technology is at a place where The Simpsons characters and world will really come alive in these games," said Nick Earl, vice president and general manger of EA's Redwood Shores Studio.

The Simpsons executive producer James L. Brooks is likewise excited about the opportunity to take advantage of the deal, saying, "I think this is a great opportunity for us, primarily because it brings with it the possibility of free EA games." 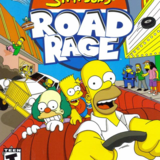