EA Partners on Wheel of Time

The final installment in Robert Jordan's Wheel of Time series isn't expected to hit bookstores until later this year, but Red Eagle Games isn't waiting to hear the ending before proceeding with its adaptations. Following an announcement last November that it had secured the rights to the late author's magnum opus, Red Eagle said today that it has found a distribution partner in Electronic Arts.

Through its EA Partners program, the megapublisher has agreed to distribute the Wheel of Time games, which, according to Red Eagle Games, are expected to arrive on "all major videogame platforms, including consoles, personal computers, handheld systems, and wireless devices." Red Eagle Games is also prepping a massively multiplayer online role-playing game based on Robert Jordan's heralded universe, which EAP will also distribute at retail.

The developer did not provide an update on when it expects the first game in the series to ship. In November, Red Eagle producer Rick Selvage told Venture Beat that each game will debut alongside a Wheel of Time theatrical release, and the studio expects "no less than three" films based on the books, hinging upon how well they perform. According to Variety, Universal Pictures will team with Red Eagle on producing the films.

Red Eagle Games joins a growing list of developers who have signed on with EAP, with such partners including Harmonix, id Software, Valve, Epic Games, Grasshopper Manufacture, and, most recently, Double Fine. The EAP program provides independent game makers with such services as QA, marketing, and distribution resources.

The final installment in the Wheel of Time series, penned by Mistborn author Brandon Sanderson, is expected to go to press in fall 2009. 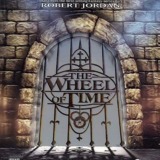 View Comments (96)
The Wheel of Time