Earlier this week, Electronic Arts released an annual release schedule, which made as many headlines for what it didn't contain as for what it did. Nowhere on its roster was a new installment in the NCAA Basketball series, which EA Sports has released every year since 2003, when it was called NCAA March Madness. The last installment in the franchise, NCAA Basketball 10, received decent-to-middling reviews in November.

After a four-day silence, EA today confirmed that the series is on indefinite hold. "We do not have an NCAA Basketball game in development at this time, and we're currently reviewing the future of our NCAA Basketball business," an EA Sports rep told GameSpot. "This was a difficult decision, but we remain a committed partner to the NCAA and its member institutions."

EA Sports comments lend weight to reports that the publisher's negotiations with the NCAA over basketball licensing rights had stalled. Similar issues were cited by rival 2K sports when it permanently benched its NCAA College Hoops series two years ago. EA's long-term exclusive licensing of NCAA Football rights, set to expire next year, are unaffected.

NCAA Basketball wasn't the only game missing from EA's schedule. The omission of Dead Space 2 for the PC led to the company's admission that it was not in active development, as had been initially announced in September 2009. (The edition is now officially "under consideration.") The absence of Rock Band: Green Day led to questions about whether the EA Partners deal with MTV Games had soured. Both companies have since said that the deal remains in place for the band-themed game but won't comment on whether their agreement extends past its release. 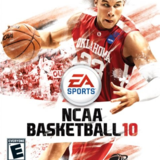