The hopes and dreams of Skate fans longing for a fourth entry in the series briefly appeared to be dashed, when it seemed as if EA had chosen to abandon the Skate trademark. In fact, that now looks as if it's not the case.

A listing by the United States Patent And Trademark Office (USPTO) showed that the trademark was re-upped on February 16, 2018, back before rumors started swirling around E3 2018 of a potential Skate 4 reveal. Obviously those rumors were quashed when nothing was announced at the show, and now, as of August 1, 2019, EA looked to have abandoned the Skate trademark--seemingly putting to bed anymore Skate 4 speculation. However, it's now been discovered (via VG247) that a separate trademark listing--the one originally filed in 2009--has been renewed as of this summer. So all hope is not lost for some future Skate game.

A trademark is considered abandoned when an applicant doesn't respond to correspondence from the USPTO. GamesRadar notes that legal resource site Justia shows the Skate trademark's application history and the various attempts made by the USPTO to contact EA. Justia did also list another Skate trademark that will remain active for the next decade, so it's possible EA simply had no reason to keep both patents active at the same time.

None of this points to anything new happening with the Skate franchise. Fortunately, Session exists and is currently available on Steam Early Access before eventually coming to Xbox One at some point in the future. It's not quite Skate 4, adopting a more hardcore simulation-style approach to digital skateboarding, but it is shaping up quite nicely.

This story has been updated with additional details regarding the renewed trademark. 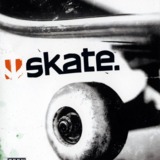