Burnout Crash will land this fall on the Xbox Live Arcade and PlayStation Network. As was rumored, it will challenge gamers to maximize the damage done to vehicles and buildings while behind the wheel. No price point was offered for the game.

The XBLA iteration of Burnout Crash will support Microsoft's gesture-recognition technology, Kinect. The Kinect-enabled game mode has two teams using gesture controls to crash and burn in what EA calls a "party battle." 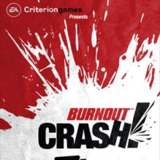