With its mix of Diablo-style dungeon crawling and real-time strategy elements, the PC game SpellForce 2: Shadow Wars raised a few eyebrows upon its early May release, even with the build to the Electronic Entertainment Expo dominating the news those days. Apparently among the eyebrows raised were those of Electronic Arts, as German daily paper Die Welt is reporting that the American publishing giant has acquired the game's developer, the Ingelheim, Germany-based Phenomic.

In an online story dated August 23, Die Welt reports that the publisher will keep the studio management in place, and that it will continue to operate in Ingelheim under the new name EA Phenomic. According to the story, EA won't say how much it paid for the developer, but that it would have no material impact on its earnings. It also reports that Phenomic announced multiple new games but gives no details on those.

Phenomic would only be the most recent studio to join the EA fold. Since last year, the publisher has since acquired mobile-game publisher Jamdat, Outlaw Golf series developer Hypnotix, and Warhammer Online studio Mythic, which was then renamed Mythic EA.

An EA representative said that the publisher had made no announcement to that effect. Phenomic is currently working on SpellForce 2: Dragon Storm, an expansion to Shadow Wars.

[UPDATE] EA has confirmed the acquisition of Phenomic today at Leipzig. Phenomic will focus on making online real-time strategy games for PCs and consoles. Financial terms of the deal were not disclosed. 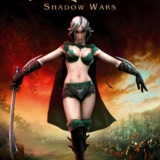