The biggest game publisher on the planet continued its expansion today with the purchase of another developer. Under the terms of an undisclosed deal, NuFX will join Electronic Arts' growing network of studios. NuFx's staff will remain in their Hoffman Estates, Illinois, offices outside Chicago.

The EA-NuFx deal was unsurprising, given the two companies' long collaboration. "EA and NuFX have worked on 15 games together and this deal solidifies that EA is committed to growing this development," said Lou Haehn, NuFX President. "We have worked closely with NuFX's team for the past eleven years and are thrilled to have them become part of EA," said John Schappert, EA Senior Vice President and General Manager.

NuFX is best known for their popular NBA Street series, which EA published. According to Schappert, the developer is already working on a project which will be revealed at a later date. 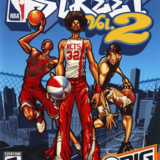