The studio announced Cyberpilot at its E3 2018 press conference. The game drops you into the role of a resistance hacker on a mission to destroy Nazi forces in Paris using their own machines. "Take control of a fire-breathing Panzerhund and more as you fight Nazis in the City of Love in order to aid the French resistance," Bethesda said.

While platforms haven't been announced, we do know the game will be a standalone experience and will release in 2019. "Experience the world of Wolfenstein from a whole new perspective in Cyberpilot VR, a virtual reality gaming experience from MachineGames," a press release from Bethesda states.

"Paris. 1980. You're the best hacker in town. Your mission: Aid the French resistance by taking control of powerful Nazi war machines. Ram, gun down, and burn your way through the City of Love, leaving dead Nazis in your wake. Saddle up, Cyberpilot, you’re one of us now"

For more from the Bethesda press conference, read up on all the biggest announcements, trailers, and news. 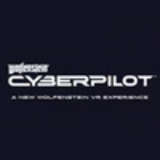