Long-forgotten mascot Conker the squirrel playable in Project Spark, but sadly not in a game of his own.

One of Rare's long-forgotten mascots is making his way onto the Xbox One, but unfortunately not in a game of his own. Conker the squirrel--who made his debut in Diddy Kong Racing on the N64--is a playable character in Microsoft's game creator, Project Spark.

While it's not yet clear just what you'll be able to do with Conker in Project Spark, here's hoping he's just as into his alcoholic beverages and foul language as he was in the 2001 release of Conker's Bad Fur Day.

Project Spark is currently in open beta on the Xbox One and PC. 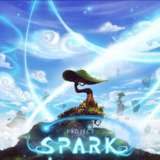