Hideo Kojima says, "There are things that I just cannot look away from and I need to depict."

Metal Gear Solid creator Hideo Kojima has responded to the controversy surrounding the torture referenced in this year's Metal Gear Solid V: Ground Zeroes. During a roundtable interview at E3 this week attended by GameSpot, Kojima said he anticipated some blowback.

"Of course I expected people to react to this, but then again, the theme of the game I'm trying to bring here .. themes such as race, chain of revenge … that's something I don't want to look away from," Kojima said. "I did kind of see it coming that people would react to this. But that doesn't change the message that I want to relay. And there are things that I really think that we cannot look away from."

"Certainly what I'm trying to do is different from just shooting at a zombie that pops up," he added. "I think because I have a very specific theme I want to relate, there are things that I just cannot look away from and I need to depict."

Kojima went on to explain that the sensitive scenes in Metal Gear Solid V: Ground Zeroes are meant to help players empathize and understand Snake's feelings of "why he feels he needs to go after someone." Asked if he thought Metal Gear Solid V: The Phantom Pain would also be controversial, Kojima explained that the game's story is structured differently, and that it will feature "barely any" torture scenes.

In Ground Zeroes, torture is referenced in hidden tapes you need to discover. This varies greatly from Grand Theft Auto V, which features a scene where players actively torture someone during a graphic interrogation sequence.

Metal Gear Solid V: The Phantom Pain is currently in development for Xbox One and PlayStation 4, though publisher Konami has not announced a release date for the game yet. For more on it, be sure to read GameSpot's previous coverage from E3 this week. 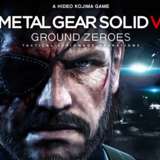