Xseed gives us a glimpse of this massive new role-playing game for the PSP.

45 Comments
The original game was just released last year, but Xseed Games has teamed up with Marvelous Entertainment to copublish Valhalla Knights 2, the sequel to the PSP dungeon-crawler. The impressive character customization is still intact, but this time, the world is much larger and the adventure goes much deeper than the previous game because the story is written by the scenario writer from Final Fantasy XII. We met up with Xseed at E3 to beat up a few monsters in Valhalla Knights 2. The first game took about 40 hours, but this time, the main storyline can take anywhere from 60 to 80 hours to complete. We were told that in order to complete every side quest and mission--of which there are 80--it can take upward of 135 hours. Quests range from obtaining money and armor to moving the storyline forward and can take anywhere from 15 minutes to two hours to complete. You can have a party of six, and characters will join you as you progress through the story, or you can create your own and customize them to create the perfect party. There are 11 jobs, two of which are race-specific, and seven races to choose from, including humans, elves, dwarves, halflings, machine, canine, and Akatoki, which are a warrior tribe. In Valhalla Knights 2, you can even customize characters' behaviors to change the way they fight. You can basically prioritize their actions so that they are more likely to do what you want them to do. In a party of six, it's hard to keep tabs on everyone because you're controlling one character at a time in a fight. Each character has a main job to level and two subjobs. As you level, your character will learn the skills of the new job and you can always switch jobs to build your character even further. Battles are not random, so you can see the enemies on your map and the direction in which they are looking. When you initiate a battle, it becomes a button masher where you spam the circle button to attack. Once your gauge is loaded, you can hit the square button to unleash a power move for more damage. When the fight is over, treasure chests can be left behind, and depending on the type of chest that appears, it can be a booby trap. This is when thieves comes in handy because they are better at picking locks and will reduce the chance of setting off any kind of trap. There are 16 areas in this world with three central towns to visit. Saving can only be done in the towns, but we are told there are shortcuts that can be discovered to make the walk back a bit more bearable. Spells and items to escape dungeons are also readily available for a quick getaway. Multiplayer is available for players who want to pitch their six fighters against their friends. Wagers can be made, and items that are won through these battles via a PSP ad hoc connection will be yours to keep when you play through your main story. Cooperative play is also available where players can split their party in half so each person controls three characters. There are optional dungeons to explore with a friend, but the main campaign is limited to single-player. So far, Valhalla Knights 2 is shaping up to be a heavy-duty role-playing game for the PSP. It is scheduled to come out this fall, so check back soon for additional updates. 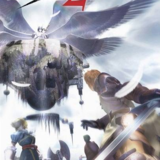