Nintendo will have a new president for the first time in 52 years after Hiroshi Yamauchi steps down.

Japanese game giant Nintendo today announced that it will appoint director Satoru Iwata, who is 42, as its new president to replace Hiroshi Yamauchi, who has been at the reigns of the company for the past 52 years. Yamauchi, who is 74, became the president of Nintendo in 1949 and built the small Japanese playing card company into a global game machine maker. Yamauchi, who is the company's biggest shareholder with a stake of approximately 10 percent, will become an advisor and director without representative rights.

Iwata, who previously developed games at Hal Laboratory, joined Nintendo two years ago as director and chief of the management planning section. In addition to appointing a new president, Nintendo has promoted vice president Atsushi Asada, who is 69, to chairman. 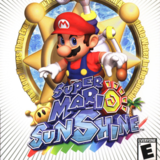