Sony announces a two-year deal with Take-Two to make Grand Theft Auto III and future installments in the series exclusive to the PlayStation 2. 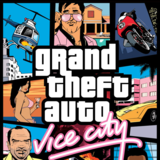