At E3, Crave takes us to the nine levels of hell in its survival-horror action game, The Lost.

Although Crave's PlayStation 2 survival-horror action game The Lost is barely 50 percent complete, it already shows a lot of promise. Developed by Irrational Games, The Lost places you in the role of Amanda, a woman who has lost her 4-year-old daughter in a tragic car accident. Haunted by concerns about the girl's fate, a demon from hell offers to reunite Amanda with her daughter. What is a 4-year-old doing in hell? That's what you have to figure out as you trudge through the game's nine main areas, all modeled in homage to the popular literary classic Dante's Inferno.

Although it's due out for Christmas, The Lost has a long way to go before it's sale ready. Visually, the game has a look similar to Silent Hill or Nightmare Creatures, in that dark, dingy hallways and spooky nooks and crannies exemplify each level. The first level of the game takes place in a dilapidated mansion, but later areas will pull you deeper and deeper into the underworld, from cramped tunnels and watery caverns to the gates of hell itself. Right now, though, there isn't much in the way of lighting or detail, so the textures are grainy and uninspired. Ian Vogel, the lead designer for The Lost, assured me that this is only a rough demo of the game, and what is present here at E3 is absolutely not what will grace store shelves this winter.

On the upside, the character models are sick and scary looking. Jawless women and tentacled ghouls populate the hallways and are Amanda's main targets. The folks at Irrational Games are big into survival-horror, a fact that shows in the ghastly security cameras and machine-gun sentries that rest in the corners of each level. Unlike the standard security devices found in most mansions, these sentries are actually the mutilated corpses of damned hellions. A torso attached to a machine gun, a head dangling from the ceiling, and a spiderlike demon are just a few of the creatures already present in the game.

While The Lost is a survival-horror game, it has a distinctly action-oriented control system. Similar to in Metal Gear Solid, when you push forward, your character walks forward. When you turn, your character turns instantly. If you tap R1, Amanda will attack--not in two seconds, but instantly. As she progresses through her quest, Amanda will encounter four other characters, each a separate personality within herself. Instinct is a hand-to-hand combat pro, while Shadow is a character devoted to stealth. On the other extreme, Corruption is a prince of hell with a clawed hand who excels at using weaponry and violent attacks, but he lacks in the way of health. His antithesis is Light, a goddess who specializes in healing and defensive spells. You will have to use all five of Amanda's personalities to pass each of the game's areas.

Currently, even though the hit detection needs ironing out, the game's control is responsive. Swapping to the Instinct persona, we battled our way past the game's first boss, a damned bridesmaid who's minus a jaw. During the battle, she taunted my character regarding her daughter's death and even suggested that Amanda directly caused her daughter's demise--a thought that should make the game's plot fairly interesting. Each character has six skills that can be powered up with mana points within the game, as well as three different weapons to use. Weapons range from claws and knives to more fun accoutrements, such as grappling hooks and whips.

Another nice aspect of the game's control is its camera, which isn't set, but free-roaming. As you walk around, you can move the camera anywhere you wish with the right analog stick. Although this eliminates some of the scary, suspenseful camera angles you'd find in Resident Evil or Silent Hill, it also minimizes the potential that the camera will add to the game's difficulty.

It's unfinished, but The Lost does show promise. According to Mr. Vogel, "The Lost is a plot-driven game. Although we want players to explore every area of the game and battle all sorts of disgusting creatures, we also want to ensure that they experience every aspect of the plot as well." How this will be done isn't yet known, but the version on display here at E3 suggests a combination of triggered cutscenes and flashback sequences. At the same time, the folks at Irrational are trying to give the game a more active feel when compared with Capcom's Resident Evil series, which means that you'll be doing a great deal of on-the-fly character swapping and weapon adjustment.

The Lost will scream into stores this winter, just in time for the holidays. 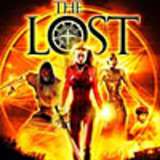