LOS ANGELES--Support for Nintendo's next-gen console continues to grow, as Konami has announced its first title for the Wii. Developed internally, the action-adventure game Elebits is currently scheduled for release sometime later this year.

In the game, players are tasked with finding the Elebits, mischievous little creatures that happen to play an incredibly important role in the game's society--they are the source of the world's power.

Using the motion-sensitive capabilities of the Wii controller, players will interact with the environment by pushing, pulling, and grabbing various objects. Once the hidden Elebits are found and captured, they can be used to power-up the character, which will aid them on their quest.

Elebits has not yet been rated or priced. For more information, check out GameSpot's pre-E3 first look. 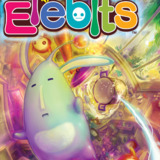