LOS ANGELES--Tonight at a special event in the Los Angeles Convention Center, Nintendo answered a question many visitors to its booth have been asking. Namely, why wasn't the new Super Smash Bros. playable in the Wii section of the publisher's massive E3 booth? Apparently Nintendo wanted to keep several aspects of the game under wraps from the public.

The secrets were revealed at tonight's event, which gathered a select group of journalists inside a darkened theater in Nintendo's booth. They were treated to a brief movie of the new Super Smash Bros. game, which began with three veterans of the series--Pikachu, Kirby, and Mario--engaging in yet another free-for-all brawl.

The melee was joined by three more classic Nintendo characters making their Super Smash Bros. debut. Wario, Kid Icarus hero Pit, and Kirby villain Meta Knight soon jumped into the fray, followed by a returning character in a new form. That would be "Zero Suit Samus"--the Metroid Prime heroine out of signature power armor and in a slinky catsuit.

Then the trailer took an even more surprising turn. The scene shifted to an unidentified installment in Konami's signature Metal Gear Solid series. Its hero, the rough-hewn commando Solid Snake, spoke with his commander Colonel Roy Campbell via the Codec communicator, a staple of the MGS series. Otacon tells snake he's been invited to join Super Smash Bros. and then asks where he is. Snake says he's on recon, and then the camera pulls back to reveal Snake hiding inside a cardboard box inside the Super Smash Bros. arena. The inside joke elicited thunderous laughter from the crowd. The final title for the Wii game was then revealed--Super Smash Bros. Brawl--and it's due in early 2007.

As the laughter died down, the lights came up, and Miyamoto retook the stage--where a second stool sat. After wondering aloud who the stool was for, he was joined onstage by Masahiro Sakurai, an industry vet who has worked with Miyamoto since Kirby.

Sakurai told the audience that he'd gone independent and thought he'd never work on a Smash Bros. game again. However, last year around the same time as E3, Nintendo president Satoru Iwata personally asked him to help bring the series to the Wii. Nintendo even assembled a special internal development team for Sakurai, and the independent developer found the offer too great to resist.

Sakurai also told the crowd that he is still accepting applications to come work on the project. He said they have an office in Tokyo staffed by a group of people from diverse backgrounds, adding that they've only just begun work on Super Smash Bros. Brawl. Miyamoto laughed at the comment and pointed out that the team had been together since October of last year. Sakurai then joked that even though they have been working so hard, there's nothing more than the trailer to show for their efforts.

Miyamoto then opened up the floor to questions, which sparked an upbeat Q&A session. The first questioner asked, "Now that the Wii is a reality, are you inspired to revisit older franchises the fans have been asking for?"

"I think it opens up a lot of different possibilities," was Miyamoto's response. He said he thought he could see a Wii version of Kid Icarus and that the Wii controller could enhance games like Starfox. "Sadly, though, I don't have time to do that right now since I'm so tied to so many different projects going on," said Miyamoto via a translator. He then commented how it would be nice to add Wii controller support for virtual console titles.

The next question was for Sakurai and was relatively simple. "What are some of your ideas for Wii games?" Laughing sheepishly, he said that he wasn't prepared to talk about anything just yet. He did, however, want to talk about Super Mario Galaxy. He said one thing he always wanted to do was have one person play as Mario and have others help out. Therefore, he is looking at a multiplayer mode for Galaxy where one person plays as Mario and another helps with the Wii controller.

Another question was presented to Sakurai. "How will Super Smash Bros. Brawl take advantage of the Wii controller?" The designer said he had been working with different ideas and had found that too much use of the controller's pointing and motion-sensor functions was not a good thing. He then dropped a hint, saying gamers may not want to throw away their old GameCube controllers, which the Wii supports. Sakurai then said he wants to support the console but offer something different from other Wii games.

The next query lowered the level of discourse a bit. "Will Wario have a fart attack?" asked the questioner, prompting giggles galore. "Yes, he will," said a semi-bemused Sakurai.

"Will the game's roster be expanded to include more Nintendo characters besides what we've seen?" was the next question. "Of course there are other characters we're thinking about, but we can't speak about any today," said Sakurai.

The next questioner raised a major issue, asking if Super Smash Bros. Brawl would support the Nintendo Wi-Fi Connection. Sakurai said his team would try to take the game online, but he thinks it would be a hard to make four-player online work.

The next questioner commented how it was nice to see that The Legend of Zelda: Twilight Princess would support 480p widescreen, but wondered if it would be possible for the Wii to support higher resolutions. Miyamoto responded that Wii can indeed display in widescreen and that it helps in Zelda, since you can see more of the world. However, he said it was up to the developers to determine if they wanted to use widescreen, but Nintendo will support it.

Then, the questions got simpler. Miyamoto told an audience member his favorite Wii game was tennis. He said that the main difference between the Wii Twilight Princess and the GameCube version was the interface, which has to be different to support the Wii's controller.

Then the subject turned to Solid Snake's role in Super Smash Bros. Brawl. After commenting that it was a good question, Sakurai said he thought long and hard on how to fit Snake in, since he's usually armed with a gun. Sakurai said he doesn't want to incorporate real weapons in-game, but if the characters used rocket launchers or other explosives it might be funny. He also said Snake will use his infamous cardboard box in the game. 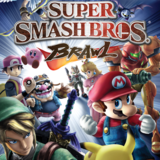