E3 06: PS3's new controller a surprise to developers, as well?

LOS ANGELES--It seems Sony might have surprised its developers with the announcement of a tilt-sensitive PlayStation 3 controller almost as much as it surprised gamers.

In the latest installment of his Electronic Entertainment Expo blog, Seth Schiesel of The New York Times talks about the changing face of the event and his impressions of the lineups on display from Nintendo and Sony. Though it's buried near the bottom of the entry, the following excerpt from the article is sure to raise more than a few eyebrows:

Set in a science-fiction war zone, Warhawk is the first game to make public use of Sony's own kinetic controller, which mimics the Wii device. Unfortunately for Sony, the admission by one of the Warhawk developers that his team got its hands on the new controller less than two weeks ago reinforced the impression that Sony only added motion-sensitive technology at the last minute in a hasty attempt to match Nintendo.

Representatives from Sony didn't return requests for comment on the report. 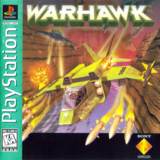 There are 341 comments about this story
Load Comments (341)