E3 06: Formula One 06 arrives this summer on the PS2 and PSP, with online multiplayer between the two. We get a hands-on with both versions at this year's E3.

LOS ANGELES--Sony's Formula One series is making its PlayStation 3 debut this year (see our preview), but the PlayStation 2 and PlayStation Portable versions are set to arrive first. The two platforms will even link up together to play online, so you could be at a Wi-Fi hotspot with your PSP racing a friend using her PS2 at home.

The single-player game has five main options--quick race, time trial, Grand Prix weekend, world championship, and career mode. The career mode is a brand new feature for the series that lets you start work as a test driver under your chosen team's chief engineer. You can still be the full race driver, but you can also test the cars before the main race and influence the team decisions through the season. If you're successful at analysing the data, you will be able to raise your team's finishing place by a couple of places a year.

In the PS2 multiplayer mode, you can play all 18 races of a world championship season online. This isn't possible on the PSP, but Formula One 06 does offer dual-platform link up and play over the Internet. With the home version linked up to broadband and the portable version linked into a wireless network in infrastructure mode, the two consoles can join the same lobbies and compete in the same races. The handling in each version has been tailored to suit the design of the controller, although the control layout remains identical between the two.

The development team has been eager to make the latest Formula One game as forgiving as possible; players can choose to make the game as deep as they like. You can choose to take care of car tuning and take part in full-length races, or you can toggle a whole host of aids for thing such as crash damage, fuel use, tyre wear, component failure, and weather if you're new to the genre. There are also visual aids that will show you the perfect racing line on the track, as well as giving you an indication of when to brake and accellerate on corners. You can also choose to scale races down races to six or seven laps, but they will still require you to make a pit stop in an effort to manintain the excitement of a full race.

As you'd expect, the 06 update brings with it all the correct tracks and drivers for this season. Commentary in the game is handled by Martin Brundle and James Allen, and the PSP version now includes pit commentary for the first time. There are a number of extras that can be unlocked by playing through the main game modes. There are classic cars which boast accurate statistics, and for the first time you will be able to access the Jerez test track, in Spain.

The game is scheduled for a summer release and is currently close to the beta-acceptance stage within Sony. We'll bring you more when the full game arrives. 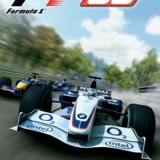