68 Comments
LOS ANGELES--Last week's Electronic Entertainment Expo brought in more than 60,000 game developers, publishers, publicists, journalists, executives, and fans who finagled their way into the coveted event. And, as usual, it also brought in a fair number of celebrities, eager to either promote game tie-ins or see what the maverick member of the entertainment industry is up to.

By far, the most widely reported celebrity sighting was Paris Hilton's appearance at the booth of French mobile-game publisher Gameloft. The now-infamous incident saw the heiress-actress-model-amateur-porn-star turn up 90 minutes late to promote her mobile game Paris Hilton's Jewel Jam--by misidentifying it as "Paris Hilton's Diamond Quest."

By that time, though, several hundred onlookers had clogged the southern half of the West Hall, waiting around an empty chair for a chance to glimpse Hilton. They jostled for position--and occasionally threw elbows--with several dozen mainstream paparazzi eager to snap photographs to hock to tabloids. Twenty minutes before Hilton's appearance, though, a coterie of bodyguards cleared the isles, refusing passage to normal convention-goers who just wanted to get away from the spectacle.

Much more dignified was the appearance of an indisputable film legend at E3. On Thursday afternoon in a closed-door session attended by only a few journalists, Clint Eastwood turned up to promote his forthcoming Dirty Harry game for next-generation consoles. Though he'll turn 76 at the end of the month, the Oscar-winning actor-director seemed energetic and affable, and announced that two stars of his films, Gene Hackman (Unforgiven) and Laurence Fishburne (Mystic River), will lend their voices and likenesses to the Dirty Harry game.

Another storied filmmaker also made his usual appearance at E3. On Friday, Steven Spielberg turned up with several of his eight children, bedecked in his uniform of baseball hat and brown flight jacket. However, unlike many previous low-key E3 appearances that allowed fans to see the filmmaker up close, Spielberg had his own massive security detail that kept any potential photographers at bay.

[UPDATE]: A bevy of other celebrities were spotted by GameSpot readers. Robin Williams was on-hand at E3 to play Spore--and talk about it to anyone withing earshot. Rapper 50 Cent hyped the G-Unit brand at an appearance at the Vivendi booth for the drastically different PSP version of his 50 Cent: Bulletproof game.

Not all sightings at the event were as high-profile. Napoleon Dynamite star Jon Heder was spotted wandering from demo station to demo station at the Microsoft booth, unrecognized by most present. As is the case almost every year, comic book legend Stan Lee held court at the Activision booth, promoting the latest batch of Marvel Comics-inspired games. Speaking of comics, the actor who first played Batman on television and film, Adam West, turned up at the 2K Games booth to promote the forthcoming title based on his current TV gig, Family Guy. Michael Madsen popped into the Eidos booth to promote Reservoir Dogs, and Nathan Fillion, star of the cult sci-fi series Firefly, was also seen doling out autographs.

However, as is often the case, the majority of glitterati skipped the actual E3 event, preferring to make appearances--which they were likely compensated for--at the lavish evening parties thrown by publishers. Other than Thursday's traditionally massive Sony party, the biggest event was ostensibly Wednesday's Access E3 2006 event at the House of Blues, which had an RSVP list that included Paris and Nicky Hilton, Nicole Richie, Jessica Biel, Ashlee Simpson, Nick Lachey, Hilary Duff, Pharrell Williams, Shannon Elizabeth, Jeremy Piven, and Vin Diesel. However, when the actual attendee list was released today, the biggest names on it were Tony Hawk, Bam Margera, ex-N Sync-er JC Chasez, and Queer as Folk star Hal Sparks.

Less hectic was Vivendi Games' Wednesday night Scarface party at the Vanguard nightclub on Hollywood. Besides showcasing the retro-rock talents of up-and-coming Australian trio Wolfmother, the party saw one of the most coveted invitees of the Access E3 2006 event actually turn up. Speaking to the burly but affable bouncer in front of the VIP lounge, one GameSpot editor asked if Jessica Alba was inside, as some at the bar below had said. "Yeah, she's up there," said the bouncer. "No, you can't go up there without a red wristband. And no, I wouldn't bother trying to get one." 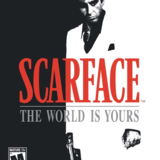 Scarface: The World Is Yours
Follow
$79.96 on Walmart
Buy

View Comments (68)
Scarface: The World Is Yours
Dirty Harry