Dynasty Warriors 9 Empires Now Has A Free Demo On Consoles

Players can check out the new Empires game for free before it releases this February.

Dynasty Warriors 9 Empires, the long-running franchise's first current-gen game, now has a free demo available on Nintendo Switch, Xbox Series X|S, and PlayStation 5, as well as the PS4 and Xbox One. The demo will let players get experience with the game's new castle siege gameplay, as well as a feature that lets players customize their officers prior to battle.

The demo will give access to what Koei Tecmo calls a "challenging tutorial," which will let players navigate both offensive and defensive scenarios in the new castle siege gameplay. The two types of gameplay featured in the demo are Invasion Battles, which task players with capturing enemy castles, and Defensive Battles, where they must defend against an invading force.

In a post on the PlayStation Blog, Koei Tecmo's Akihiro Suzuki also warms that the demo is set to a much higher difficulty than the final game, which will let players select their difficulty of choice. While the demo includes plenty of tutorial points, it promises to be a challenging introduction to Dynasty Warriors 9 Empires' new features.

When trying these demo battles, players can choose to play with one of the game's standard officers, or can use the edit mode to make their own officers for battle. Anyone who ends up buying the full version of the game on the same platform as they played the demo will also be able to transfer their custom officers into the final game.

Dynasty Warriors 9 Empires will release on February 15 on Nintendo Switch, Xbox Series X|S, PlayStation 5, PC via Steam, and Stadia, as well as on the PS4 and Xbox One. 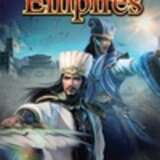