Dynasty Warriors 9 Empires Is The Series' First Next-Gen Game, Out 2021

The new game will build on what makes Empires great, including full control over how you rule.

Hyrule Warriors: Age of Calamity is just a few months away, but Koei Tecmo is keeping busy. Today, the company officially announced Dynasty Warriors 9 Empires at its first next-generation release, just in time for the 20th anniversary of the series.

A new edit function allows you to customize your officers, and there is an expanded domestic system that lets you govern as you see fit: even if that means being pure evil. As characters' relationships with each other change, it will affect gameplay.

Speaking to GameSpot, producer Akihiro Suzuki said the next-gen game will feature improved visuals and a more stable framerate compared to the other versions, along with "crowded chaotic gameplay." He also said the SSD on both systems will let the game load much faster, much like we've seen in demonstrations from both Microsoft and Sony already.

Though Dynasty Warriors 9 featured a more open-world structure than the series had seen to date, Dynasty Warriors 9 Empires will not be doing this. Because the outcomes of battles determine whether your territory expands, it's using the Empire sub-series' structure. Your ultimate goal is to unify all of ancient China, so you would not have access to the entire region right out of the gate.

Dynasty Warriors 9 Empires is planned to release in early 2021. 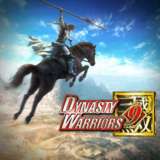