Dungeons & Dragons: Tasha's Cauldron Of Everything Has Some Beautiful Interior Art

Get an early look at a page for the upcoming book along with some items you can use.

The next rule book expanding the world of Dungeons & Dragons is none other than Tasha's Cauldron of Everything. Arriving on November 17, the 192-page book will add new flavor to anyone's D&D game. Much like 2017's Xanathar's Guide to Everything, the latest rulebook will dive into the titular character's history in the D&D universe, and we have a look at a few images and a page below.

"Tasha is one of the most storied characters in the D&D universe," lead rules developer Jeremy Crawford explained during a press conference in August. Tasha, also known as Iggwilv, was raised by the infamous Baba Yaga in the hut on top of chicken legs. Tasha eventually became one of the most powerful archmages in the universe, and she was one of the few characters that had a spell named after her: Tasha's Hideous Laughter.

So of course, this new book is going to be filled with spells to add to your arsenal. Check out a couple spells below from Tasha's Cauldron of Everything.

Mind Sliver is an cantrip that deals 1d6 psychic damage along with subtracting 1d4 on their next saving throw. However, you can cast it when you reach higher levels to deal more damage.

Additionally, there is the 3rd-level necromancy spell Spirit Shroud. This spell adds extra damage to your attacks. You'll be able to add 1d8 radiant, necrotic, or cold damage--which you chose when you cast the spell originally--for up to one minute. That's 10 rounds if you're in combat the whole time. Additionally, this spell can also reduce the speed of a creature of your choice within 10 feet.

Below, you'll find a few more images from the upcoming book.

Here are a few images from Chapter 3 of the book. On the left is an image from artist Sidharth Chaturvedi of an elf getting tattooed by an orc. The middle image is by Andrew Mar, and it is of a book with ships and sea monsters on the cover. Finally, there is a magical robot on the far right, drawn by David Sladek.

Tasha's Cauldron of Everything 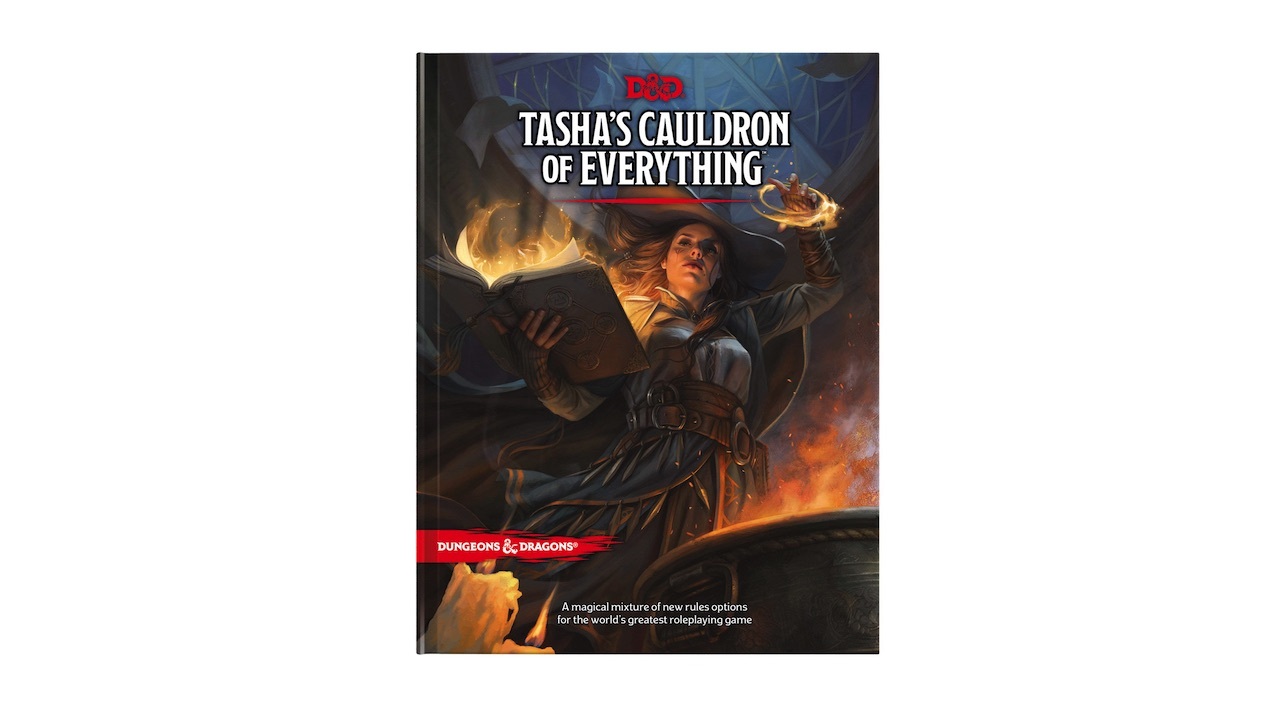 This book will magically enhance a lot within the D&D world, as the Artificer class gets a new sub-class. Additionally, there will be new rules for magical environments as well, like details on how magical storms work. However, one of the coolest things about the new book is that you can customize your characters origins moreso than ever. Race traits can be modified and your character's lineage can be disconnected from your character's race as well.

Tasha's Cauldron of Everything releases on November 17. And if you're looking for more tabletop gameplay, check out GameSpot's Tabletop Gift Guide.