Dungeon Siege going to the movies

The fact that House of the Dead was eviscerated by critics hasn't stopped German film company Boll KG from scooping up film rights for more games. Nearly two months after he announced his company would bring BloodRayne to the big screen, Boll KG chief and Dead director Uwe Boll have made public plans for a film adaptation of Gas Powered Games' Dungeon Siege.

While the BloodRayne adaptation will have a $30 million budget, Boll's plans for the Dungeon Siege adaptation are significantly larger--in the $50 million range. "Dungeon Siege transcends the video game genre and appeals to mainstream entertainment audiences," said Boll, who predicted it would be a project on par with The Lord of the Rings.

Of course, Boll also went on to trumpet the House of the Dead film as a "success" after the film only grossed $5.6 million in its opening weekend. 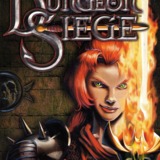