Dunes of War demo out

JoWood, publisher of the Panzer Elite Action series of tank-based war simulators on the PC, today released a single-player demo of its second title in the series, Dunes of War. The demo weighs in at 390 MB and can be fetched from GameSpot's . As its name implies, Dunes of War shifts the focus toward the desert lands of North Africa, where the Allies confronted General Erwin Rommel and the Nazi German war machine during World War II. There, Dunes of War players follow the journeys of two tank commanders--one Allied, the other Axis. Dunes of War is a stand-alone game that does not require the first game in the series, Fields of Glory, to be installed. The full version of Panzer Elite Action: Dunes of War is scheduled for US release during the third quarter of this year. 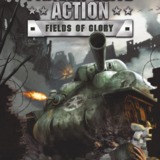