Two days after it dismissed a Nikkei newswire article as speculative, Nintendo has confirmed that a new version of its DSi handheld, the DSi LL, will go on sale in Japan this year. [UPDATE] European and US reps for Nintendo have now confirmed it will also debut in Q1 2010 in North America and Europe, where it will be called the DSi XL.

As had been reported, the new DSi will sport two screens measuring 4.2 inches in diagonal diameter, far larger than the current DSi's 3.25-inch screens or the DS Lite's 3-inch screens. The DSi LL's screens almost as large as the single screen of the Sony PSP-3000, which measures in at 4.3 inches. Battery life will run 4 to 5 hours on maximum brightness and 13 to 17 hours on lowest brightness, on par with the DS Lite. (A translation error initially indicated the battery life would only be 3 hours, which is the unit's charging time.) 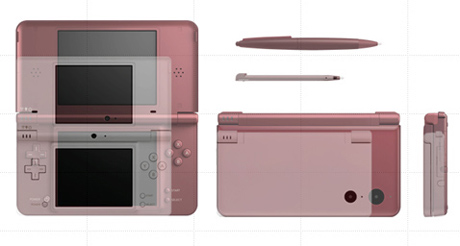 As shown on Nintendo Japan's official Web site, the handheld will also sport both a regular stylus and an easier-to-hold stylus shaped like a rounded pen. The handheld will go on sale in Japan on November 21 for a cost of ¥20,000 ($220.50) and will be available in three colors: wine red (pictured), dark brown, and natural white. 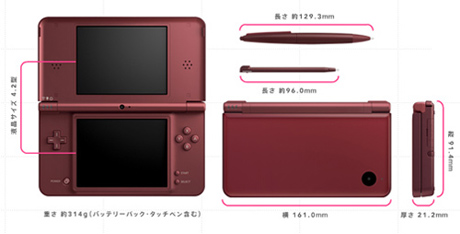 The handheld is the fourth version of DS hardware in as many years, following the original DS (2004-2005), the DS Lite (2006), and the DSi (2008-2009). As part of an earnings report today, Nintendo announced that as of September 30, it had sold 113.48 million units of DS hardware, with 11.7 million units sold in the six months from April to September. The portable remains the best-selling platform in the US, selling 524,200 units during the NPD Group's September 2009 reporting period.

The DSi's introduction will raise some issues with the US' 2.2 million DSi owners who have bought games from the DSi store. According to reports, DSiWare games are not transferable to another handheld, meaning they would have to be repurchased on any new DSi. The larger screens, however, will have greater appeal to demographics with poor eyesight, such as the elderly.

[UPDATE] When contacted by GameSpot UK, Nintendo issued this statement regarding the new handheld's European launch: "Nintendo today confirms that a new Nintendo DSi XL console is launching in Europe in the first quarter of 2010. The retail price of the Nintendo DSi XL is expected to be higher than that of the Nintendo DSi. Further details will be released soon."

[UPDATE 2] Nintendo of America reps have now confirmed it will also be released in the US and Canada in Q1 2010, but had no further information other than the following statement: 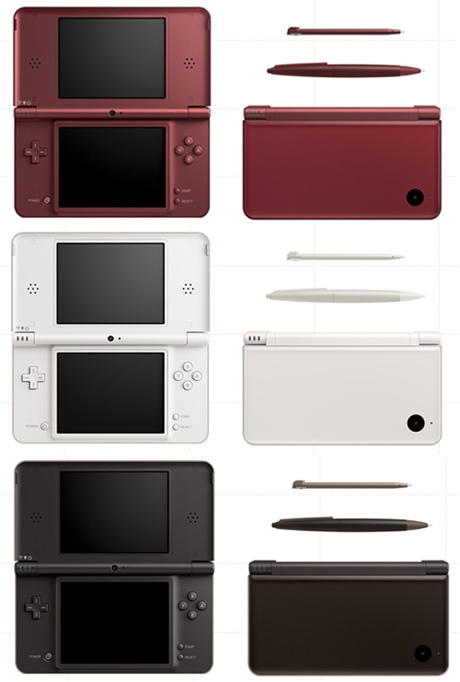 There are 571 comments about this story
Load Comments (571)