In a gaming year dominated by talk of sex and violence, the best-selling game in Japan (the heart of the gaming world to many) was a bug-collecting, letter-writing, flower-watering collection of menial tasks.

According to the latest Famitsu, the November release of Animal Crossing: Wild World led Nintendo's DS siege of the Japanese sales charts, selling almost 1.17 million copies and taking the title of Japan's best-selling game of 2005. It had plenty of company from other DS games in the top 10, as the handheld managed to place five other titles on the list, with PlayStation 2 titles claiming the remaining four spots.

Gran Turismo 4 for the PS2 came in second with sales of 1.07 million units, while Nintendo's brain-training game for middle-age and senior consumers, "Nou wo Kitaeru Otona no DS Training," ranked in third place with 1.01 million copies sold.

The following is the list of the 10 best-selling games in Japan for 2005:
1. Animal Crossing: Wild World for the DS
2. Gran Turismo 4 for the PS2
3. Nou wo Kitaeru Otona no DS Training for the DS
4. Nintendogs for the DS
5. World Soccer Winning Eleven 9 for the PS2
6. Dynasty Warriors 5 for the PS2
7. Yawaraka Atama Juku for the DS
8. Tamagotchi Connection: Corner Shop for the DS
9. Kingdom Hearts II for the PS2
10. Mario Kart DS for the DS

The top-selling Game Boy Advance title was Kouchuu Ouja: Mushi King, which ranked in 12th place, while Mario Party 7 was the GameCube's best seller, landing in 31st place. Sony's PSP had a somewhat disappointing showing in the sales charts, with its best showing coming from Hot Shots Golf: Open Tee, which was the 40th top-selling game in Japan for 2005. No Xbox or Xbox 360 game ranked in the top 100.

Nintendo moved the most games of any publisher on the chart by a long shot, selling 11.03 million units in 2005. That figure doesn't even include Pokemon games, which are published by Nintendo subsidiary The Pokemon Company in Japan. When they're added, Nintendo's sales jolt to 13.32 million units. Nintendo also had more titles in the top 100 than any other publisher. More than a quarter of the list was put out by Nintendo, with 26 of its titles ranked in the top 100 (19 when excluding Pokemon games), meaning that more than a quarter of the top-selling games in 2005 were from the company.

Even without the Pokemon titles, Nintendo sold almost twice as many games as its next-closest competitor, Bandai. Konami, Sony Computer Entertainment, and Square Enix rounded out the top five publishers. 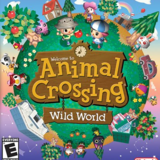