TOKYO--Today Taito announced that it will rerelease two of its Nintendo DS games, Puzzle Bobble DS and Asphalt Urban GT, under the Taito Selection 2800 label on March 30 in Japan. Both games will be offered at 2,800 yen ($24), which is 2,000 yen ($17) less than their original price, and will be part of the new Taito Selection 2800 label. The budget versions of the games will be coming out less than a year after the originals debuted; Puzzle Bobble DS was released in Japan on August 25, 2005, and Asphalt: Urban GT was released on June 30, 2005. Nintendo has not yet announced any budget reprint rereleases of its own DS games, and it may be a while before it takes the same step. With the Game Boy Advance, Nintendo finally released its Value Selection budget series on February 2, 2006, more than three years after the handheld's debut. 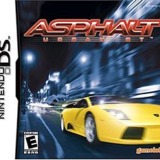