Driven lands on the PS2

Bam Entertainment has announced the release of Driven for the Sony PlayStation 2. The F1 racing game, which is based on the recent film of the same name, features three modes of play, eight racing teams, 12 drivers, and a two-player option. The vocal talents of both Sylvester Stallone and Whose Line Is It Anyway comedian Greg Proops will also be featured in the game.

Driven was developed by Bam Entertainment's London-based internal studio and carries a suggested retail price of $49.99. 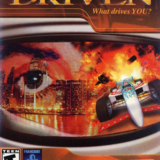