Driveclub VR Aims to Be "Most Immersive" Version of the Game

"We've been working tirelessly on Driveclub VR for more than a year now."

Following the announcement in July that Driveclub VR would be a PlayStation VR launch title in Japan, Sony has now confirmed it's also coming to North America and Europe this year.

"While we normally like to keep everyone in the Driveclub community up to speed on any developments, we've had to keep this one under the hood… until now," Sony said in a blog post today. "We've been working tirelessly on Driveclub VR for more than a year now, to bring you the definitive and most immersive Driveclub experience possible."

The game, which is apparently being made by Sony's Immersive Technology Group, aims to "take Driveclub to a more immersive level" thanks to virtual reality.

Some new screenshots of Driveclub VR have also been released and can be seen above.

Here is a rundown of Driveclub's key points, as written by Sony:

A virtual reality version of Driveclub had been in the works for a long time, beginning its life as only a prototype and one that even made people sick.

Earlier this year, Driveclub developer Evolution Studios was closed by its parent company Sony. This was part of a wider restructure to Sony's European studios. Codemasters, the developer of the Dirt, Grid, and F1 series of racing games, later hired developers from Evolution Studios.

PlayStation VR's release date has been confirmed as October 13, 2016, and it will retail for $400. Sony has not said whether Driveclub VR will be a PlayStation VR launch title in territories other than Japan.

Retailer GameStop sold through its entire allocation of PlayStation VR preorder units "within minutes" of them becoming available. Sony has warned there will likely be ongoing shortages. 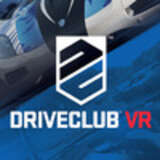