What will you dream up? 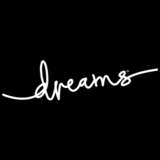 LittleBigPlanet developer Media Molecule's PlayStation 4-exclusive Dreams was first shown off all the way back at the PlayStation 4 announcement event in early 2013. At the time, I remember thinking that Dreams looked cool, but until recently, I didn't know exactly what type of game it was or why I should be particularly excited about it. That's changed now, as I recently saw the game and spoke with studio director Siobhan Reddy about what looks like one of the more ambitious and exciting games Sony has ever worked on.

First, it's important to understand that Dreams is not a typical game that you play from start to finish and then move on to something new. From what we have seen and understand, it is more akin to a platform where you can play all types of different games. The idea is that it would be supported for years to come and take on a life of its own beyond what Media Molecule could imagine.

That's because Dreams is a game and the tools to make games in one package. In the presentation that I saw, Reddy showed off some of the games that Media Molecule will have on the disc come launch in 2018. This includes things like point-and-click adventure games, sci-fi adventures, a Star Wars-style podracing game, and a lot of really, really strange stuff that you would have to see to truly understand. There is a central campaign featuring three "interweaving narratives," but what is more exciting about Dreams is what will happen after launch, once players get a chance to build whatever they want.

The game-editing tools in Dreams, which are the same that developers used to create the game itself, are unbelievably deep and appear to be accessible at the same time. You can build a level from scratch or use a template provided by Media Molecule to get started. And then it's all up to you for what you want to make. We have more details on the editing tools down below, and Media Molecule says further specifics will be shared in the months ahead.

Unfortunately, we were not allowed to capture any footage during our preview session, but it should come online in due time, as Media Molecule will be sharing more details in the time ahead. For now, you can check out some videos embedded in this post to get an idea for what Dreams is all about and how you'll get started come launch.

Below are nine things we learned about Dreams during our recent preview, covering things like Hideo Kojima's visit to Media Molecule, if you can make PUBG in the game, and more. It is important to note that we only got to actually play one mini-game; the rest of what we saw was controlled by Reddy and a designer. The game is due out in 2018 for PS4.

Is There A Limit To How Professional You Can Get With Dreams?

"No, we're using it," Reddy pointed out. "We're professional game developers. It is as powerful as other things out there. The big difference for us is putting all of them under one UI. We're moving between them so we can sort of have this idea of serendipitous design which is just so not how games are usually made because you're usually in different areas. The dream of Dreams is to break down the discipline barrier."

"He was actually really blown away by our kitchen [laughs]," Reddy said. "It was really funny; he came when they were just building their new studio. And we have one floor where we all sit and a smaller floor where our kitchen is. It happened also to be Burns Night, which is a Scottish event. So [a Media Molecule staffer] was doing this whole tradition to sing to the Haggis where you say this poem to the Haggis. And that was happening that day [laughs]. It was really weird."

On What Happens When People Use Copyrighted Content Or Draw Penises

"It will be up to the license-holders to get in touch via their channels, and we always respect it," Reddy said of copyrighted materials showing up in Dreams. "If they found [the content in question and want it removed], we go, 'OK.' With moderation, it's the same thing. The same team that we worked with on LBP; it's the same team we'll be working with on [Dreams]. They have tons of experience. They've been doing this for like 10 years. All their tools are really great. It's really important that when people mark stuff that needs to be moderated that it comes down as checked and is responded to."

As is the case in Halo 5's Forge and other editing programs, there is a limit to the number of elements there can be in a particular level in Dreams. We asked Reddy if the limit would be the same on PS4 and PS4 Pro. She didn't give any specific figures but said the principle of the limit will exist across systems. The suggestion is that the PS4 Pro will be able to handle more elements given its increased horsepower relative to the earlier model.

Siobhan Reddy's Dog Is In The Game

In a dark, noir-style point-and-click adventure game created by Media Molecule, you will encounter a dog. That dog is modeled after Siobhan Reddy's own canine, including its bark.

An Insane Level Of Possibilities

At the end of the presentation I attended, a Media Molecule designer showed off the incredible game-editing and creation tools that make Dreams possible. In the space of just 20 minutes, he made a level featuring a little pond, a gorgeous, cascading waterfall, and enemy blobs to defeat. Also in this level were script-enabled features like moving platforms (for platforming sequences) and sound that triggered when the player character walks into a particular zone. You can also create your own cutscenes, while you can make your own sound and soundtrack either using pre-installed samples or by creating your own with the in-game tools. Alternatively, you can record your kazoo or guitar or whatever else you have in your home and bring it into the game. It looks like element in Dreams can be tweaked and customised in terms of colour, size, and countless other attributes, my favourite of the ones I saw being "squishy-ness," which does precisely what it sounds like.

I cannot even begin to imagine what people will create using the Dreams tools. We were shown a handful of games that Media Molecule created, and they ran the gamut of sci-fi/adventure to point-and-click noir. We even saw a space-docking game (yes, really; Reddy imagines that space-docking could be a whole new genre that Dreams helps bring about) and a four-player pirate game where you play as a block with a sword attached to it, with the objective being to stab your foes on a pixelated pirate ship. In another game you play as an eyeball with legs who hops around a trippy-looking world. This culminates in meeting with a boss eyeball who tries to shoot you with a laserbeam out of his eye. Basically anything is possible, and that is what makes Dreams so incredibly ambitious and exciting.

On If You Could Make PUBG In Dreams

"At the moment, [the number of players you could have is] based on the number of controllers," Reddy said. "There's not really any way of...online multiplayer will come after Day 1. So we really haven't crossed that bridge [yet]. At the moment, the answer to a lot of these questions is, 'Where there is a will, there is often a way.' We learned that with LBP. We would be like, 'No, that can't be done.' And then someone would go do it, and you'd go, 'Oh, okay, that can be done!' So maybe people could do something interesting with passing the gamepad."

Media Molecule made a game called Hug Me, and it's pretty sad. You play as a cube-person who has their arms extended, forever looking for a hug and never getting it. The creature walks across a small area attempting to get a hug from cone-people. The would-be hugger tries repeatedly to hug the cone-people but every time he gets close, they jump off the edge. This goes on until every cone-person is dead and gone.

Dreams Is An Onion

Time and again during the presentation I attended, Reddy described Dreams as an onion. As we learned from Shrek, onions have layers, and so does Dreams. Some people may want to spend the bulk of their time playing levels that Media Molecule and the community at large created. Other people might want to design their own. You may end up doing both. You can go as deep as you want, and that's the appeal of Dreams, Reddy says.

What LBP Didn't Do Well Enough

People made some incredible, unbelievable levels in LittleBigPlanet using the editing tools. But Reddy is first to admit that the game did not do enough to inform people about the extent and nature of what they could create and how to do it. With Dreams, Media Molecule is launching "Watch + Learn" tutorial videos that players can use to hone their designing skills. These will be cross-disciplinary tutorials, which LittleBigPlanet did not offer.

So, Is Call Of Duty Going Xbox-Exclusive?

Every Activision Blizzard Franchise Microsoft Will Own In Huge Acquisition Deal

What Kind Of Culture Is Microsoft Buying In Activision Blizzard Acquisition Deal?