The Canadian game publisher announces its upcoming racing game, which was formerly known as Everglade Rush.

Toronto-based publisher DreamCatcher has announced its upcoming racing game, Fuel. The game, which was previously titled Everglade Rush, features an advanced graphics engine that takes advantage of Nvidia's GeForce3 technology. The game was one of five selected by Nvidia to showcase the new graphics processing unit's capabilities during its launch earlier this year.

Fuel lets players take control of five different types of hovercraft and race against computer opponents or other players over an Internet or LAN connection. The game includes a wide variety of tracks that feature several different types of terrain and environments.

Fuel is in development at Firetoad Software, and it is scheduled for release in fall 2002. For more information, visit the game's official Web site. 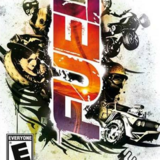