We take a first look at Hit Maker's dragon-heavy role-playing game for the PlayStation Portable.

Thanks to the role-playing gurus at Nippon Ichi, you'll soon have another way to kill a lot of time while you're on the go. Dragoneer's Aria is an upcoming role-playing game for the PlayStation Portable, and as the title suggests, the game revolves around dragons. Not much has been shown of the game just yet, but we watched the first trailer to get an idea of what to expect from this high-flying fantasy adventure.

There are six elemental dragons that control the climate and keep the world alive in Dragoneer's Aria, and the dragoneers are elite knights who are tasked with protecting these dragons. Valen, the hero of the story, just graduated from the dragoneer academy when a black dragon suddenly appears and begins to destroy the kingdom. As you might expect, it's up to Valen to protect the elemental dragons and ultimately defeat the evil black dragon, thus saving the world from total annihilation.

Dragoneer's Aria is a slight departure from the usual 2D, anime-inspired role-playing games that Nippon Ichi is known for. Instead, this game features relatively realistic 3D characters and environments, as well as a more serious tone. Very little was shown of the battle system, but apparently it will be more action oriented than the traditional role-playing game. There will also be plenty of magic, combo attacks, item crafting, and an interesting rhythm-style minigame to determine how successful you are at blocking incoming attacks.

We are hoping to see more of Dragoneer's Aria soon, and based on the information we've gathered so far, it seems like it could be an interesting take on the typical Japanese role-playing game formula. We'll bring you more details as they become available, so be sure to check back here before the game hits store shelves this summer. 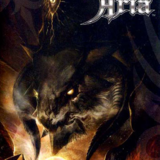