Dragon Quest XI S Up For Pre-Order On PS4, Xbox One, And Steam

Dragon Quest XI's special edition that was once exclusive to the Nintendo Switch is now coming to PS4, Xbox One, and PC.

The Nintendo Switch's exclusive special edition of Dragon Quest XI: Echoes of an Elusive Age is now coming to PS4, Xbox One, and PC, and if you want to reserve your digital copy, you can do so right now on PS4, Xbox One and Steam for $40 USD. However, if you're an Xbox One user, you may want to consider subscribing to Game Pass instead--Dragon Quest XI S is coming to the subscription service on day one.

Thankfully, Square Enix has kept Dragon Quest XI S's pre-orders simple, with only one edition and no pre-order bonuses. The Definitive Edition does come with some bonus content, however. Included with this edition are a Trodain set for the Luminary, which makes him look like Dragon Quest VIII's hero, as well as a Baby Boar set for your companion, Veronica. You also get ten consumables: five Pep Pops, which peps up your party and lets you use special attacks, and five Seeds of Skill, which increases one character's skill points by five. 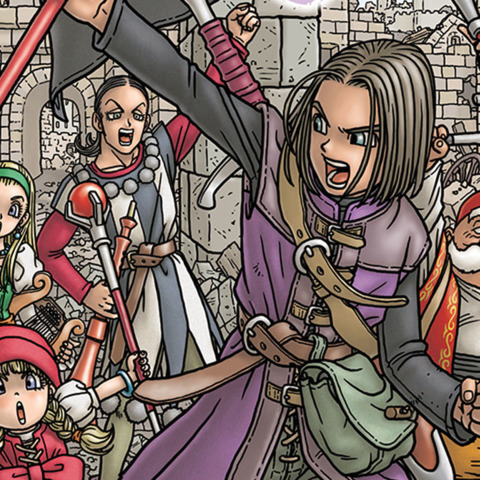 See at Amazon
See at Best Buy
See on Steam

Dragon Quest XI S features all of the base game's content in addition to an orchestral soundtrack, some new character scenarios, a photo mode, and the ability to speed up battles, among other things. A new 2D 16-bit mode was also introduced. This was originally seen in the Japanese-only 3DS version and allowed players to trek through the entire game in the classic Dragon Quest style. This also gives you the opportunity to travel to the 2D-only side area, Tickington, and complete side quests while traveling to Dragon Quest worlds of series past.

Dragon Quest XI S - Definite Edition releases for PS4, Xbox One, and PC on December 4. Unfortunately, if you already owned the original game on PS4 or PC, you won't be able to upgrade to this version at a lower price. There's also some confusion around how this version will look on the more powerful consoles. Square Enix's FAQ notes that "it's a port of the Nintendo Switch version, so the graphics are not the same as they were for the original Dragon Quest XI on PS4." The same post goes on to say "the resolution and frame rate are at least as good as they were for the original PS4 release." This may cause some confusion, but it's important to note that the Xbox One reveal trailer showed Dragon Quest XI S looking quite beautiful.