Dedicated Dragon Quest fans will finally be able to complete their collection with this updated classic.

The Dragon Quest series may be one of the most popular video game franchises in Japan, but it has a loyal following in other parts of the world as well. The Nintendo DS remakes of Dragon Quest IV and V gave fans of the series an opportunity to play it again with updated visuals and DS-specific additions. But Dragon Quest VI: Realms of Revelation has never been released in North America before, so this will be a first time for everyone (unless you imported). The platform has also allowed the franchise to reach a larger target audience, which was a contributing factor to why Dragon Quest IX launched specifically for the handheld. While Dragon Quest IX was tailored specifically for a more action-oriented multiplayer experience, Dragon Quest VI continues along the path of the other remakes to give it a fresh new look and new features.

Dragon Quest VI is a classic turn-based Japanese role-playing game where you'll spend a good chunk of your time fighting monsters through random encounters and dungeon crawling. As always, you play as the hero, who in this case can travel between the real world and a dream world. The opening of the game shows you, as well as a couple of other party members, taking off on the back of a dragon and eventually coming face-to-face with a demon named Murdaw. It doesn't look like things are going to end well, but you are suddenly roused from your slumber and find that you're actually in a quiet little town and need to run an errand for the local mayor. Along the way, you stumble upon a portal, which is the link between the real world and the dream world, though when you enter the dream world, no one can see or hear you.

You'll learn more as you progress through the game, but the premise is interesting, and like in previous games, there's always plenty to do. When wandering through town, you'll see that it spans across both screens of the DS, and you can use the shoulder buttons to rotate the camera angle. Another interesting addition is that in some cities you can view what the shops have on their item list before going in (definitely a time saver!) Another unique feature of DQVI is that you can have up to eight characters in a party, even though four will always be fighting at any given time. As long as you have your wagon along for the ride, you can swap your characters from the front to the back to keep them out of harm's way. Your entire party will gain experience equally, so there's none of that swapping around just to level each of them individually. During our demo, we noticed a bed that was just hanging out in the overworld. It turns out that there are some unique modes of transportation in this game. A flying bed, a magic carpet, a submarine, and even a floating island that you can explore are just some of the ways to get around.

You can have different vocations, similar to how you can in the recently released Dragon Quest IX, and there are more than 15 to choose from. There are unlockable ones that require you to master a couple of the others first, such as mastering the martial artist and priest in order to become a paladin. You'll learn the skills and spells of the trade, which can be taken with you whenever you decide to change at the Alltrades Abbey, so this lets you build up quite a beefy character. Not only can you customize your own party members, but you can recruit monsters too, so if you want, King Slime can tag along and do your healing for you.

There are some benefits to having slimes in your party (besides just being awesome), but you can enter Slimopolis, a battle arena where you can enter three-round tournaments to earn rewards. Another slime to look out for is a slime-themed arcade machine, which has six touch-screen minigames that can be unlocked if you want to take a break and play some curling. All this is optional, but it's there whenever you get tired of adventuring.

After unlocking a place called "Sweet Dreams," you'll be able to use Tag mode to share a diorama of yourself and a message. This is the same mode used in Dragon Quest IX for sharing information and special items with other players who are also in this mode. You'll be able to unlock various backgrounds and characters as you play through the game and customize how you want to present yourself to other DQVI players.

It's no surprise that DQVI is packed with content and things to do. We're told that at some point you'll even take part in a fashion show, where you'll need to strut your stuff on the catwalk for points. If you've played the other remakes, it will look and sound very familiar. Stay tuned to GameSpot, where we'll have more information on Dragon Quest VI: Realms of Revelation, as well as a review, when it's released February 14. 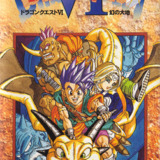