1 Comments
Where to buy
Dragon Quest Treasures
$59.99 at Gamestop
GameSpot may get a commission from retail offers.

Dragon Quest Treasures, a spin-off game from the iconic JPRG series, is slated to release on December 9 for Nintendo Switch. If you’re eager to check out the unique adventure, preorders have officially opened and come with a slew of bonus content. Here’s what you need to know about Dragon Quest Treasures preorders before reserving a copy.

Preordering Dragon Quest Treasures will get you a bunch of useful in-game goodies. This includes:

The bonuses are nothing groundbreaking, although they should give you a nice head start on your adventure. No retailer-specific bonuses have been announced yet, and we’ll update this page if anything new is revealed. 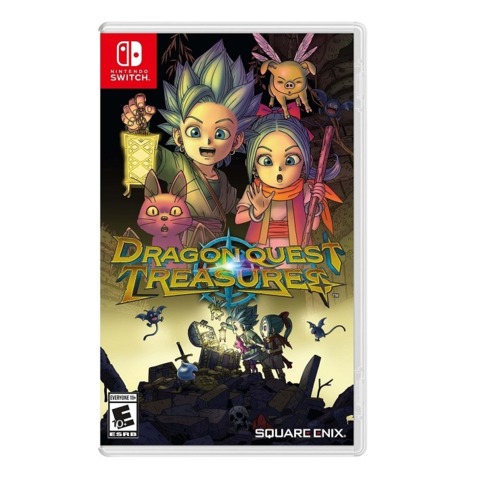 This is the only version of the game up for grabs in North America. It includes the base game and any eligible preorder bonuses. Preorders are open at major retailers, or you can wait until preorders open on the Switch eShop for a digital copy.

Dragon Quest Treasures follows Erik and Mia--siblings out to collect powerful items known as Dragonstones from the strange land of Draconia. Along the way, they’ll have the chance to recruit monsters to join their party and assist in both combat and exploration. Scattered throughout the landscape you’ll find a variety of treasure, and you’ll need to get it back to your base before you’re ambushed by other hunters that are looking for the same loot.

It looks radically different from most other Dragon Quest games, although fans of Dragon Quest XI will remember both Erik and Mia. Erik played a large role in the narrative, while Mia was only vaguely mentioned during cutscenes. Dragon Quest Treasures is looking to dive deeper into their stories, and it’ll be interesting to see how it all comes together on December 9.